Bob Offer is a hacker determined to solve the conspiracy after unearthing a massive coverup involving the military. Bob lives with his mother, Rose Offer, and considers himself a friend of Harrison Walters.

Bob Offer is a main character in American Oddysey and is portrayed by Nate Mooney.

Bob is neurotic and often referred to as someone who is not mentally stable due to his neurotic behavior and theories regarding the conspiracy.

Bob is fond of Harrison Walters and despises it when Ruby Simms accompanies Harrison to the point that he refuses to tell Harrison anything when she is around. He loves his mother, Rose Offer, even though she nags him a lot. After Rose shared with Bob a story about finding someone to love, she implies to him that she knows Bob is in love with Harrison. Later, when Bob proves to Harrison Ruby is really "Erica 'Rikki' Castillo" and they tell each other they care about each other, Bob attempts to kiss Harrison, who then pulls back and explains to Bob that he misunderstood. 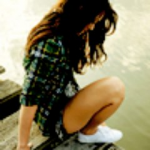